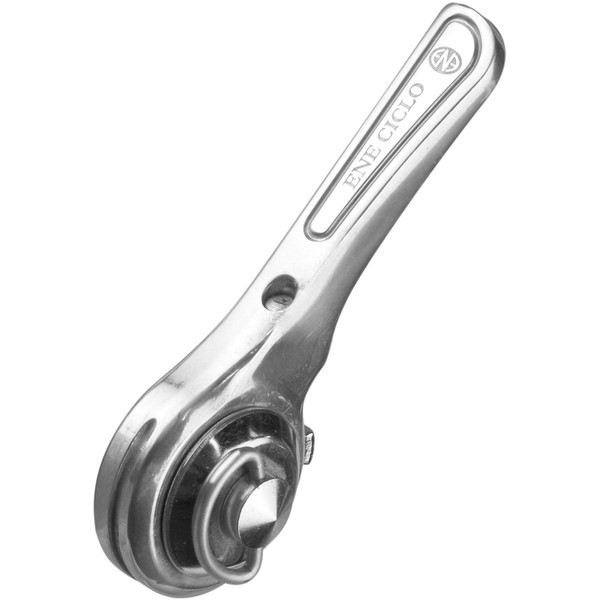 These are ideal for bikes where indexing is problematic or for those who simply prefer the traditional infinitely adjustable trimming function of friction type gears. This 11 speed version has enough cable pull to operate Campag and Shimano 11 speed mechs. Not compatible with Sram.

Designed for 11 speed, but will work with fewer speeds. Better option for 10 speed drivetrains than the other Dia-Compe levers.

Polished aluminium lever with Dia-Compe’s ‘Light Action’ ratchet mechanism that extracts lever friction in one direction - Effectively, the rider is only pulling against the gear mechanism spring when shifting down and the spring is assisting the rider when shifting up – making a very easy to use, light action, friction-based gear lever.

To calculate the amount of total cable pull your drivetrain requires use the following formula:

Total cable pull = Cable pull of intended shifter * (s - 1), where s is the number of speeds of your cassette. If the total is less than 50mm, these shifters should work.