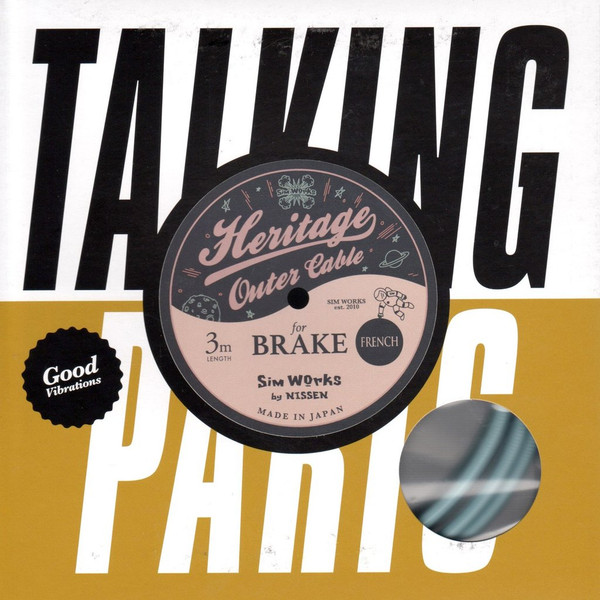 This is a complete reproduction of a steel rounded outer cable which used to be produced between 1950 and around 1970. However, this is not just only a reproduction but including an inner liner adapting a modern usage standard, which didn’t come along with in those days, and pulling a brake lever becomes much lighter. The appearance is a vintage look to fit in various kind of styles, but speed change performance is completely same as modern technology.

We reached the closest color of the outer cable at the time as much as possible by adjusting each color so many times, and we brought it back with the vintage look the most. It also includes flexibility, which is the greatest features of Nissen company, so that it will give you the comfortness around a handle bar which makes the cable harder to turn in these days.

Moreover, because of the increase of disk brake bicycles, a diversification of cable handling, and the usage of full outer cable, we provide you a total length of 3m (a regular length is 2m mostly), so there should be no necessity of extra length for your bike.

French Type is a reproduction item which was used for Rene Herse and Alex SiNGER between 1950 and around 1970. The surface has its feature with an uneven wave pattern because of the coil standing out to the outer cable surface.